"I recommend Sean fully and without reservation." 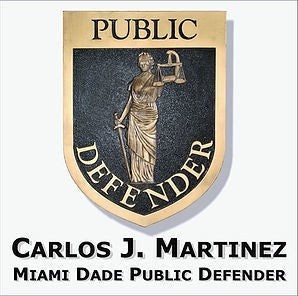 "I had the honor of being Sean's coworker in the Miami Dade Public Defender's Office from September 2014 through January 2017. I worked alongside him in court and took over his assigned cases twice in his time with the Public Defender's Office. Frequently, this is an experience that causes much anxiety; files are disorganized, attorneys let things slip through the cracks, and clients are frustrated with the change in attorney. Taking over Sean's case load was a dream-- everything was organized and ready to go, clients were informed, motions were timely filed. I never once felt disjointed in this transition due to Sean's meticulous organization and skilled lawyering.Sean became a friend throughout the time I worked with him. I learned as a lawyer-- he is diligent, he is organized, he is hard working, and he is passionate. Most importantly, he is loyal, kind, and trustworthy.I recommend Sean fully and without reservation."

Thank you for contacting us. We will get back to you shortly.

Please complete all required fields below.